Beyond offering some enjoyable and promising material, this week’s ComicList gives me the opportunity to review a couple of likeable titles that I received from the publishers. 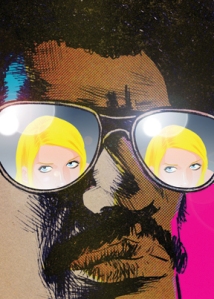 Remember how the producers of Saturday Night Live used to try and turn characters that worked in five-minute sketches into the stars of full-length movies and how rarely that worked? That could have been the fate of Afrodisiac (AdHouse Books), the powered-up pimp who guest-starred in Jim Rugg and Brian Maruca’s terrific Street Angel mini-series (SLG). Fortunately, Rugg and Maruca are smart enough to keep their creation in sketch contents, assembling an amusing “best of” volume of adventures that satirize both blaxploitation and, to a lesser extent, the ups and downs of a super-hero franchise. Afrodisiac pays homage to the marginally distasteful, fad-driven characters that publishers like Marvel created over the years, mostly in the 1970s and 1980s, taking him just far enough beyond his predecessors to make the joke worth telling. The formula is basic – the unflappable, irresistible flesh peddler keeps his neighborhood and stable safe from the schemes of stupid, greedy white guys like Dracula and Richard Nixon. Those stories are fun, but I liked the random covers even better. They suggest a publisher trying to build a character franchise by any means available, wedging him into crossovers, true-romance comics, and even a Marvel Knights-style revamp. Afrodisiac isn’t ambitious in its satire, but it’s smartly presented and consistently amusing. It’s just right for its aims and given its raw materials. 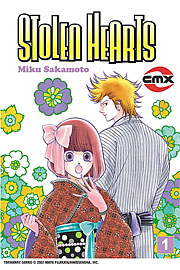 Miku Sakamoto’s Stolen Hearts is another worthy entry in CMX’s roster of amiable, endearing shôjo manga, and it has three elements in particular that work in its favor. First, it’s about maintaining an established relationship, which I always like. Sunny, short Shinobu and scowling, tall Koguma get their romantic act together fairly quickly, allowing Sakamoto to spend the rest of the volume cementing their bond. They work together in Koguma’s grandmother’s kimono shop, which covers the other two aspects. I like the detail Sakamoto expends on kimono culture. I’m partial to books that focus on a specific activity or enterprise, as it adds an extra layer of interest to the proceedings. Last but not least is Grandma, who falls into that category of funny, formidable senior citizens that I enjoy so much. Grandma’s product maybe old-fashioned, but her business practices are aggressively modern. Her marketing schemes set the stage for profits and push the romance forward.

Now, on to the rest, though that hardly seems like a fitting phrase for the range and appeal of the items I haven’t yet read.

I’m not quite ready for the fifth volume of the breathtakingly beautiful, not-always-entirely-coherent Bride of the Water God (Dark Horse), written and illustrated by Mi-Kyung Yun, but I’ll certainly catch up at some point. This is one of those titles that’s best read in the bathtub with a glass of wine close to hand, possibly sparkling. I’m glad to see that Dark Horse is sticking with this series, as it gives me hope that the rumored solicitations for new volumes of Kazuhiro Okamoto’s Translucent will someday result in me being able to purchase new volumes of Kazuhiro Okamoto’s Translucent. 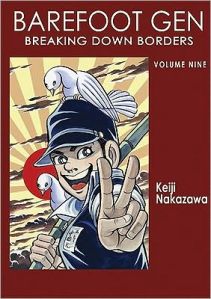 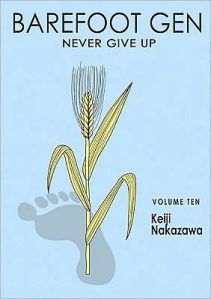 You’ll probably need to lighten the mood a bit after that, so how about a little super-dense comedy about a suicidal schoolteacher? Yes, it’s time for another volume of Koji Kumeta’s Sayonara, Zetsubou-Sensei (Del Rey). This installment promises a visit to a hot spring, and I can only imagine what bizarre tangents such an excursion will yield. I also really like the color palette for this cover. It suggests both delicate gentility and decay. This series was among my favorite debuts of 2009.

So was Karuho Shina’s Kimi ni Todoke: From Me to You (Viz), a delightfully off-kilter shôjo title. Thinking about the subject of yesterday’s Flipped column, it occurs to me that this book is a delightful subversion of the peasant-prince model. The heroine of this book is so socially disadvantaged that she doesn’t even realize that the boy of her dreams is probably already in love with her. But I’m confident that she’ll catch on in time, and then I will cry and giggle in equal measure.

And if you’re curious about this week’s debuts from Tokyopop, tangognat has you covered with reviews of Alice in the Country of Hearts and Portrait of M and N.

This entry was posted on Tuesday, January 26th, 2010 at 10:19 am and is filed under AdHouse, CMX, ComicList, Dark Horse, Del Rey, Last Gasp, Linkblogging, Quick Comic Comments, Viz. You can follow any responses to this entry through the RSS 2.0 feed. Both comments and pings are currently closed.