I set aside my absolute conviction that I sound like a complete dork when recorded on any media to participate in an Inkstuds podcast guest-moderated by Deb (About.Com) Aoki. Deb was ringleader of a panel that included myself, Chris (Comics212) Butcher and Ryan (Same Hat!) Sands. It was fun, though you can quite clearly tell that it’s my first podcast and that I have no skills in that area. (The real reason I don’t attend many conventions is a morbid dread that I might be asked to participate in a panel, because the only thing worse than being recorded for posterity is sitting in front of a room full of people who expect me to say something interesting or useful instead of stuttering and sweating.)

The topic was manga for indie/alternative comics fans, which doesn’t necessarily mean indie manga, as I think Ryan pointed out. Difficult-to-demographically-categorize manga might be more accurate, but that’s a mouthful. (And that doesn’t even get into the whole question of what one means by indie/alternative comics, which is its own whole continuum.)

I did want to highlight something Chris and Deb discussed, and that’s the fact that you can sample a lot of manga that indie/alternative comics fans might like at Viz’s SigIKKI site, which serializes stories from Shogakukan’s IKKI magazine. My favorites are Daisuke Igarashi’s Children of the Sea (a beautifully drawn contemporary environmental fable), Natsume Ono’s House of Five Leaves (a delicate twist on samurai/crime drama), Shunju Aono’s I’ll Give It My All… Tomorrow (barbed but sweet comedy about a 40-something loser), and Hisae Iwaoka’s Saturn Apartments (slice-of-life science fiction). The first two volumes of Children of the Sea are already available in print, and I think the other three are on Viz’s publishing schedule sometime in the next three or four months.

IKKI is one of those magazines that seems like it’s less for a specific age or gender demographic than for people who like comics. Others include Enterbrain’s Comic Beam, Ohta Shuppan’s Manga Erotics F, and Kodansha’s Afternoon, Morning, and Morning 2. When I’m trawling for license requests, it never surprises me to find that a series I want originally appeared in one of these anthologies. I also strongly suspect that Akane Shinsha’s Opera could be a veritable gold mine of the kinds of boys’ love titles I really like, though that’s a purely cosmetic impression based on the issue that Chris sent me. 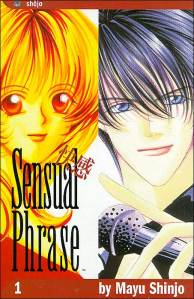 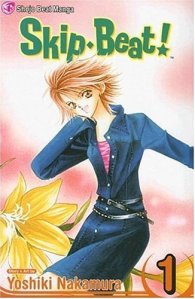 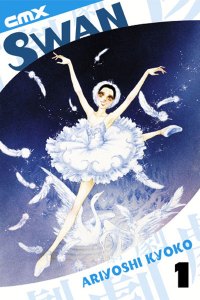 Plus a little josei: 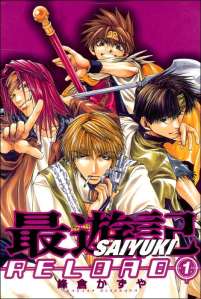 And some deeply awesome yaoi:

And a “why isn’t this in print” addendum:

What are some of your favorite shôjo and sunjeong titles that start with the letter “S”? Do I even dare to ask?

Professor Blind is also seeking suggestions for the subject of the third Manga Moveable Feast. Suggestions seem to be running in a science-fiction/fantasy direction, which would be a nice change of pace.

Comments Off on Future feasts |