The folks over at ani-gamers have declared March to be Tezuka Month, so it seems appropriate to devote this week’s license request to the God of Manga. But, with so prolific an artist, where should one start?

Okay, with me, that answer is always the same, but I won’t gripe if another title cuts in line. And the French have continued to lavish praise on Tezuka, with Gringo recognized as a finalist for the Prix Asie and Sarutobi honored at Angoulême. Over at The Comics Journal, Anne Ishi just wrote about a two-volume collection of Tezuka’s erotica, for heaven’s sake. And there’s so much more!

What about Tezuka’s adaptation of Fyodor Dostoevsky’s Crime and Punishment, published in one volume by Kodansha? Graphic adaptations of classic literature have always had a solid place in comics publishing. 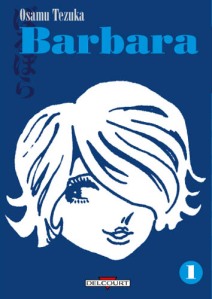 Akata, the French publishers of Tezuka’s Ayako, have also published the two-volume Barbara, which is about a messed-up novelist and the homeless girl who inspires him. (I think Akata’s cover designs are gorgeous, don’t you? Vertical’s are too, obviously, so I can’t wait to see what they come up with for Ayako.) 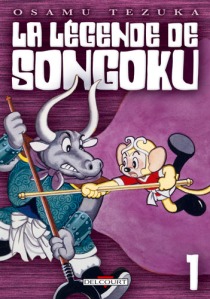 Akata also published La Légende de Songoku, telling the tale of that foundational mythological monkey, and I’m as crazy about Tezuka’s comics for kids as I am of his out-there gekiga. 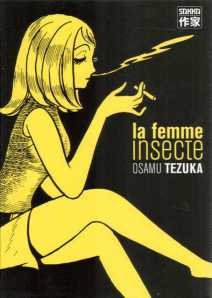 Back on the twisted seinen front, isn’t that cover enough to make you curious about La Femme Insecte, published in French by Casterman’s Sakka imprint?

Okay, enough muddying of the waters: what Tezuka titles would you like to see in English?

Update: Kate (The Manga Critic) Dacey is running a poll on this very topic. Go vote for your most desired, as-yet-unlicensed Tezuka titles.

Update II: Daniella (All About Manga) Orihuela-Gruber offers her own wish list.