The news so far

Updated: Awesome as the two titles below sound, Yen Press pulled into the lead of winning Comic Con International by announcing the following license: 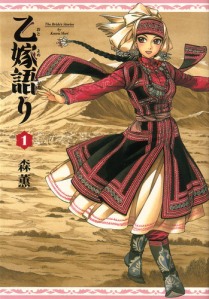 Yes, they will be publishing Kaoru (Emma) Mori’s Otoyomegatari, which moves Yen into the august group of publishers who have fulfilled one of my license requests. Others include Vertical and NBM. 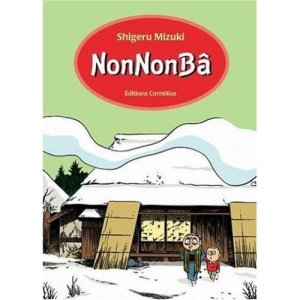 Updated again: But the Mori book still holds the top spot. Brigid (Robot 6) Alverson reports on a couple of upcoming books by Shigeru (GeGeGe no Kitaro) Mizuki from Drawn & Quarterly. At least one has been published in French by Cornélius. With the other, I’m not sure what the original Japanese title might have been or how it might have been translated. Sounds dramatic, though. Updated: It was confirmed for me that the second book has also been published in French.

They may not have been on my wish list, but Comic Con International has already yielded two really interesting-sounding licenses, so we’ll take the week off from requests in favor of pointing you towards more information on these announcements.

Vertical will be publishing Usumaru Furuya’s Lychee Light Club. Brigid Alverson has the details at Robot 6. Maybe this will do really well, and someone will decide to rescue Furuya’s 51 Ways to Save Her. Think of the headline puns!

Brigid also has details and some preview pages of Masahiko Matsumoto’s Cigarette Girl, due out from Top Shelf, who seems to want to give Drawn & Quarterly a run for their gekiga money. Competition is healthy!

I had a great time participating in Melinda Beasi’s Gerard & Jacques roundtable over at Manga Bookshelf. It’s always a pleasure chatting with some of my favorite manga bloggers about work by one of the most interesting creators out there, even if this isn’t one of my favorites of Fumi Yoshinaga’s works. (Manga Bookshelf has devoted the entire week to Yoshinaga, which has resulted in some great reading.)

I keep meaning to do a post on yaoi and boys’-love titles that gay guys might like. I don’t think I’d put Gerard & Jacques on that list, though there’s other Yoshinaga manga that would be right up near the top. First place would obviously belong to Saika Kunieda’s Future Lovers (Deux), but that’s about as concrete as my thinking is on the list so far. That’s because I’m lazy and easily distracted. I’ll get around to it someday, though.

Comments Off on Frenchmen |