Looking at this week’s ComicList, I’m reminded that Viz publishes some of the best manga for grownups through its Signature line. I’m also forced to ask why they feel the need to release so much of it at once. I obviously don’t have to buy it all at once, but still… 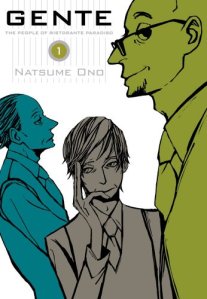 If you enjoyed Natsume Ono’s Ristorante Paradiso (and I did), you should pick up Ono’s Gente, which explores the lives and loves of the bespectacled gentlemen who staff the Casetta dell’Orso. 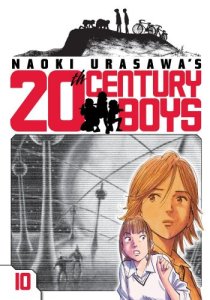 Naoki Urasawa received roughly a dozen Eisner Award nominations this year and didn’t win a one of them. This shouldn’t stop you from enjoying his comics, particularly 20th Century Boys, which is my favorite of his comics to be licensed to date. The tenth volume arrives Wednesday. 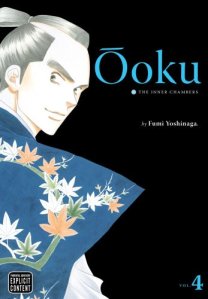 I’ve been looking for an excuse to link to Deb (About.Com) Aoki’s highlights from the “Best and Worst Manga” panel from Comic-Con International, and this is the moment. I do this because I agree with both Christopher Butcher and Shaenon Garrity’s assessments of Fumi Yoshinaga’s Ôoku: The Inner Chambers:

Christopher Butcher: “I love Fumi Yoshinaga. I’ve been waiting for this to come out for a long time and I’m sorry, I didn’t like the translation at all. I’m sorry. I can’t deal with this manga the way it’s written. Everyone speaks like friggin’ Thor. It’s terrible. The story is amazing. I fought my way through the first volume, the second volume was just too much for me with all the “thee’s” and “thou’s””

Shaenon Garrity: “Don’t listen to him. Ignore him. Ooku is awesome.”

Unlike Butcher, I’ve managed to look past the Fakespeare for the brilliant concept and intense emotional connections, but it’s a constant struggle. Maybe it’s as clumsy in the original Japanese? I have no idea, but I’m sticking with it. The fourth volume arrives Wednesday.