Let’s start with Gantz (Dark Horse), written and illustrated by Hiroya Oku and originally serialized in Shueisha’s Weekly Young Jump. It’s about a mysterious super-computer that plucks random people from the moment of their imminent deaths and forces them to weapon up and try and kill aliens. It’s packed with gratuitous violence and nudity, which makes it the platonic ideal of one definition of seinen. 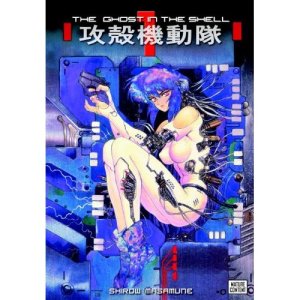 You can’t leave off Ghost in the Shell (Kodansha USA), written and illustrated by Shirow Masamune and originally serialized in Kodansha’s Young, mostly because it’s one of the seinen titles that people who don’t read comics have probably heard of because the anime has run on Adult Swim. It’s about hot cyborgs fighting technological crime in a future near-dystopia. It was originally published in English by Dark Horse, then it was reclaimed by Kodansha who’s busily republishing an early Dark Horse version of the book, which apparently is meant to mark their big effort in publishing their own comics in English. 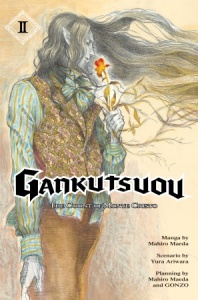 Gankutsou: The Count of Monte Cristo (Del Rey), written by Mahiro Maeda and illustrated by Yuri Ariwara, offers a sci-fi take on the classic adventure novel. It was originally published in Kodansha’s Afternoon. 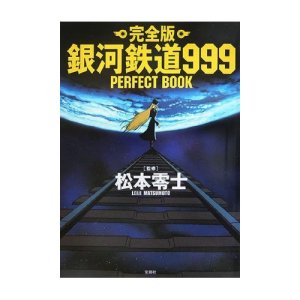 No one has published an English version of award-winning mecha classic Galaxy Express 999, written and illustrated by Leiji Matsumoto, though five apparently published five volumes of one of the title’s sequels at some point. The original was serialized in Shogakukan’s Big Comic.

Viz has published Gimmick!, written and illustrated by Youzaburou Kanari and illustrated by Kuroko Yabuguchi. It’s about a special-effects expert who helps people avoid difficult and potentially dangerous circumstances through the art of disguise. It was originally published in Shueisha’s Weekly Young Jump.

My very favorite English-language seinen starting with the letter G would have to be Kio Shimoku’s Genshiken (Del Rey), which originally ran in Kodansha’s Afternoon. It’s an awesome slice-of-life series about a college club that takes an equal opportunity approach to geekery.

It never actually ran in a magazine, but Taiyo Matsumoto’s GoGo Monster probably would have run in a seinen magazine if it had ever been serialized instead of being dropped on an eager public in its whole and perfect state. 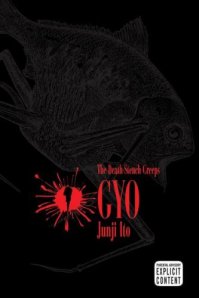 The beauty of Junji Ito’s Gyo (Viz) is that it manages to be both ridiculous and horrifying at the same time. It’s about fish with robotic exoskeletons who surge out of the ocean and attack people, and it’s absurd and scary in equal parts. It originally ran in Shogakukan’s Big Comic Spirits. The cover image above is from Viz’s second version of the series. The first version is less sleek, but I like it better, since it captures the story’s cheesy charm.

And I’d be totally remiss if I didn’t mention Japan’s more ruthless answer to James Bond, Golgo 13 (published in part by Viz), written and illustrated by Takao Saito, which has been running in Shogakukan’s Big Comic since shortly after the earth cooled. Seriously, there are over 150 volumes of this series, and it’s still running. This is actually an even more platonically ideal example of a very common definition of seinen, because it’s got a super-cool salaryman whose job just happens to be killing people.

Was the legendary alternative comics magazine Garo seinen in a technical sense? Probably not, but I suspect a lot of its readers were adult men. Here’s a piece at Same Hat! about an exhibit featuring work from Garo.

Again, I don’t know if you can specifically define gekiga as a subset of seinen, but I suspect the dramatic stories for grown-ups had a significant audience of adult males.

So what starts with “G” in your seinen alphabet? 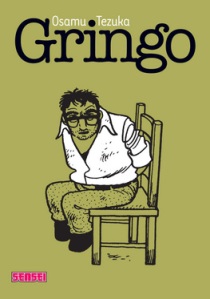 I was reminded of a previous license request for Osamu Tezuka’s Gringo, which was nominated for a Prix Asie and originally ran in Big Comic.