Hakusensha’s LaLa DX has given the world some charming comics: Natsume’s Book of Friends (Viz), The Lapis Lazuli Crown (CMX), The Palette of 12 Secret Colors (CMX), The Secret Notes of Lady Kanoko (Tokyopop), etc. How about some more from that menu?

We could start with Akane Ogura’s Zettai Heiwa Daisakusen. It’s about the engagement of the children of two warring kings, brought together to secure peace between their nations. And they apparently hate each other. It’s up to three volumes and is currently running in the magazine. 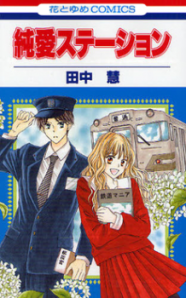 All I know about Junai Station is that it’s the debut work of Kei Tanaka and that it’s one volume long, but the cover is adorable. 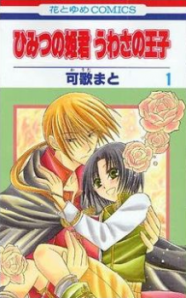 How many comics about royals going undercover to investigate their arranged betrothed does one magazine need? LaLa DX already had A Tale of an Unknown Country (CMX), and it also had Himitsu no Himegimi Uwasa no Ouji, written and illustrated by Mato Kauta. In this instance, the princess disguises herself as a boy to see just how horrible her intended really is. 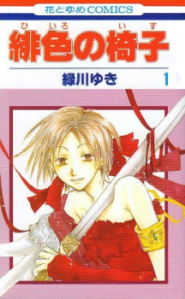 And lest we overdose on the lighthearted cuteness, I’ll throw Yuki Midorikawa’s Hiiro no Isu into the mix. Midorikawa is rightly admired for Natsume’s Book of Friends, so it seems like barely a risk to pick up another of her titles. This one’s about a young martial artist trying to solve a royal mystery.

Do you have any particular LaLa DX titles on your wish list?

This entry was posted on Friday, December 31st, 2010 at 8:33 am and is filed under License requests. You can follow any responses to this entry through the RSS 2.0 feed. Both comments and pings are currently closed.