There aren’t very many debuting titles in the May 2010 edition of the Previews catalog, but there are lots of new volumes of slow-to-arrive titles that are worth noting.

First up would have to be the omnibus collection of Yuki Urushibara’s Mushishi (Del Rey), offering volumes eight through ten. (It seems appropriate, since this is the title’s week in the Manga Moveable Feast spotlight.) These volumes were fairly meaty individually, and getting three in one for $24.99 seems like a really good value. (Page 292.) Edit: The tenth volume is the final one of the series, so this will conclude Mushishi in English.

Also on the “good manga for relatively cheap” front is the third volume of Kaoru Tada’s Itazura Na Kiss (Digital Manga). What mishaps will befall our dumb heroine Kotoko in pursuit of the smart boy of her dreams? (Page 295.)

I’m just going to come out and say that A Distant Neighborhood was my second favorite Jiro Taniguchi title of 2009. Topping that category was The Summit of the Gods, written by Yumemakura Baku. The second volume is due from Fanfare/Ponent Mon. (Page 304.) 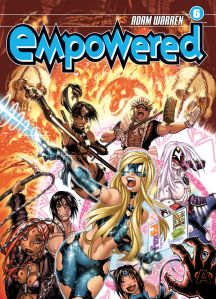 A new volume of Adam Warren’s super-smart, addictive satire, Empowered (Dark Horse), is always good news. It seems like Warren gets around to dealing with the rather loose definition of mortality among the spandex set, and I’d much rather read his take than something like Blackest Night. (Page 35.) 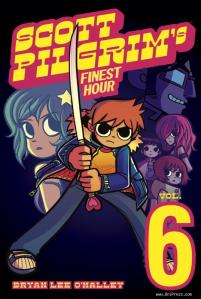 Is it ungrateful of me to be really eager to see what Bryan Lee O’Malley does next? It’s not that I’m indifferent to the conclusion of the Scott Pilgrim saga (which arrives in the form of the sixth volume, Scott Pilgrim’s Finest Hour from Oni Press), which I’m sure I’ll love as much as the previous five. But O’Malley’s been working on Scott for a long time. (Page 233.)

Before we jump fully into the “all-new stuff” department, I’ll bypass quickly to Dark Horse’s release of an omnibus edition of CLAMP’s Magic Knight Rayearth. You can get all three volumes of this magic-girl shôjo classic from the manga superstars. (Page 53.) 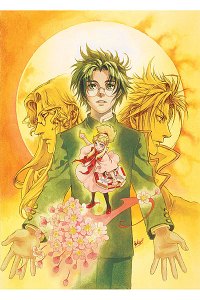 CMX publishes a lot of excellent shôjo from Hakusensha, but they branch out this month with Rika Suzuki’s Tableau Gate. It originally ran in Akita Shoten’s Princess Gold, and it’s about a guy who must help a girl capture some escaped tarot cards. I’m sort of a sucker for comics with tarot imagery, and I trust CMX’s taste in shôjo. (Page 129.)

I’m always game for a new graphic novel drawn by Faith Erin Hicks, and First Second is kind enough to provide one. It’s called Brain Camp, and it’s about oddballs dealing with mysterious forces, which is right in Hicks’s wheelhouse. The script is by Susan Kim and Laurence Klavan. (Page 305.)

Vertical continues to branch out of classic manga mode with the English-language debut of Felibe Smith’s Peepo Choo. For those who’ve forgotten, Smith has been creating the series for Kodansha’s Morning Two magazine. It’s about a kid from Chicago who gets mixed up with a model from Tokyo and a lot of underworld mayhem. (Page 346.) 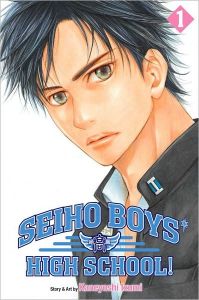 I don’t get a particularly good vibe off of Kaneyoshi Izumi’s Seiho Boys’ High School!, due out from Viz. It’s about the student body of an isolated, all-boys’ high school. Anyone who’s read more than one boys’-love title would know how these lads could deal with their isolation, but Izumi apparently decided to take a different approach. The series originally ran in Shogakukan’s Betsucomi.

This entry was posted on Sunday, May 2nd, 2010 at 6:04 am and is filed under CMX, Dark Horse, Del Rey, DMP, Fanfare/Ponent Mon, First Second, Oni, Previews, Top Shelf, Vertical, Viz. You can follow any responses to this entry through the RSS 2.0 feed. Both comments and pings are currently closed.

One Response to Previews review May 2010